Remember those old days where you would go outside, enjoy the sun on your face and spin some tops in the mud?

I certainly don't remember the first two but I do remember spinning tops and that's what this plugin for RPG Maker MZ allows you to do!

To setup colliders, refer to the following (an example setup is available for two battle arenas in the demo project):

Collider types are: "Rectangle" or "Circle"

Colliders use the following parameters:

- "Position X" = X position of the collider. This indicates offset value from the central line of the image.

- "Position Y" = Y position of the collider. This indicates offset value from the central line of the image.

- "Width" = Used for "Rectangle" collider. Determines the width of the collision box.

- "Height" = Used for "Rectangle" collider. Determines the height of the collision box.

-- "Wall" Type acts as a solid collider. Battle tops will be rebounded on collision and inflict self damage.

- "Gust Ext" = Adds a file name extension to the gust image whilst the battler is on collider.

- "Shadow Ext" = Adds a file name extension to the shadow image whilst the battler is on collider.

The above is not used for test_1 map as it is missing the end curly bracket.

When collision with above occurs, the battler has state 4 added and a constant RPM decrease of 100 is applied. Also modifies the shadow file name by adding

'_none' to the file name. You must have that file loaded in img/pictures for the gust graphic to change to such.

The above needs a "Speed Value" added to it which should increase RPM. Give it a try! To note, the one above also modifies the Gust graphic file name by adding

'_onColl' to the file name. You must have that file loaded in img/pictures for the gust graphic to change to such.

Before battling, the player will be prompted to equip valid spinner skills which is shown below: 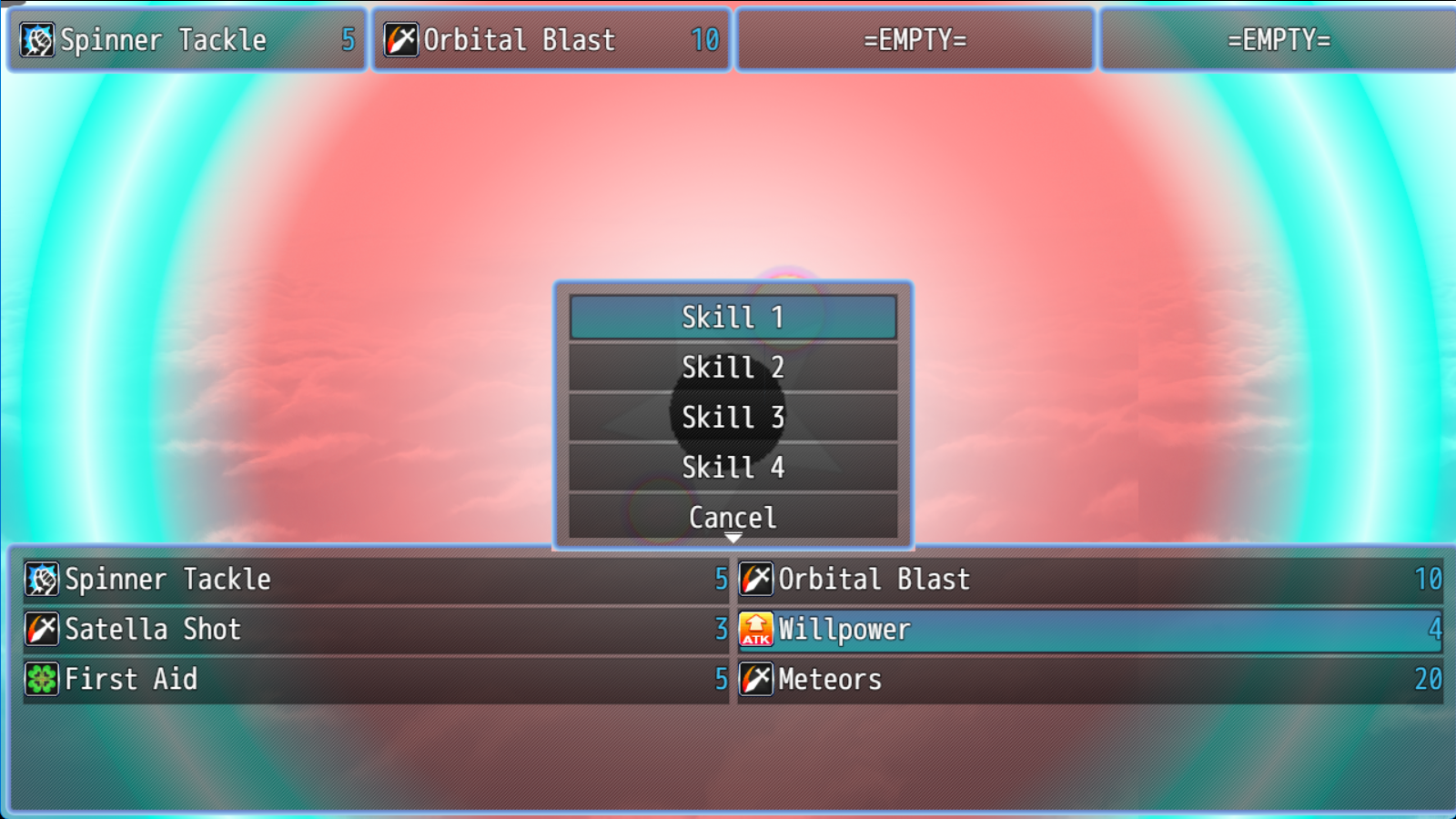 A maximum of four skills can be equipped.

To the top left of the screen, after selecting skills, you will notice this UI element.

HP reflects the actor's HP directly. If this falls to zero (0) the battle ends in defeat (Not necessarily game over if another actor is still alive)

MP reflects the actor's MP directly. It is used as a resource to cast skills and such.

To the right is the TP pool and RPM gauge. The TP pool expands as more TP is gained from skill use but the RPM gauge, if it empties, the battler instantly dies. Initial RPM value is the battler's max MP multiplied by 1000. If the battler has no MP, it defaults to 1000. 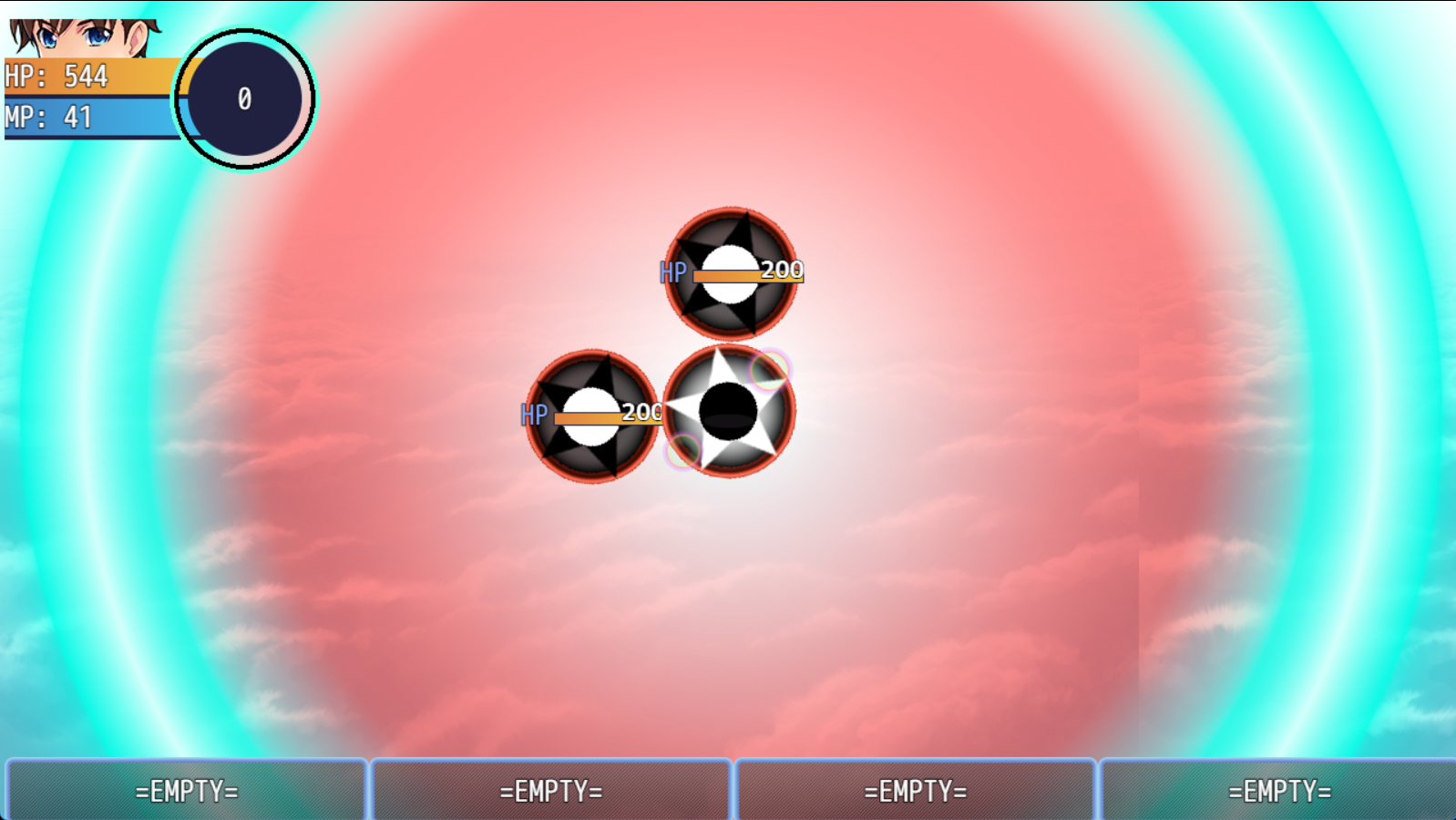 During battle, all battlers, (allies or enemies) will have a visible HP gauge which changes on collision or when hit with projectiles. The gauge fades away when the player is too far from it.

To the bottom of the screen, it will display the equipped spinner skills which are activated with [Z][Page Up][Page Down][Shift]

During battle, enemies and actors cannot leave the battle arena unless they are knocked hard enough to basically fly out of the arena.

In order to download this asset pack you must purchase it at or above the minimum price of $15 USD. You will get access to the following files: 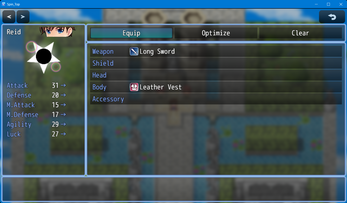 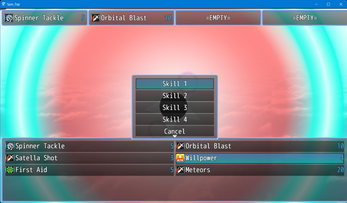 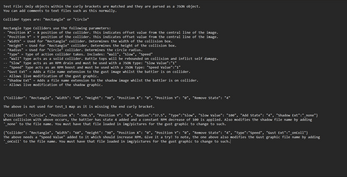 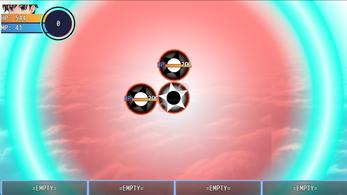 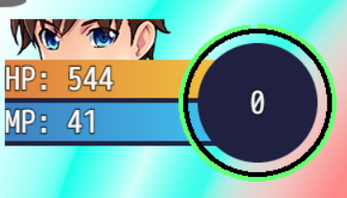